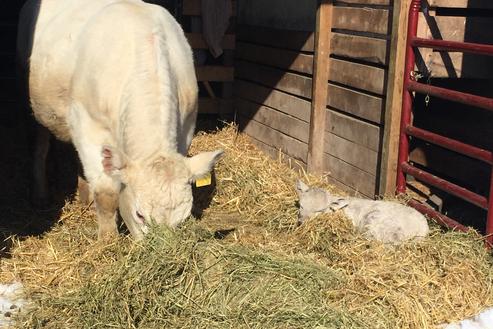 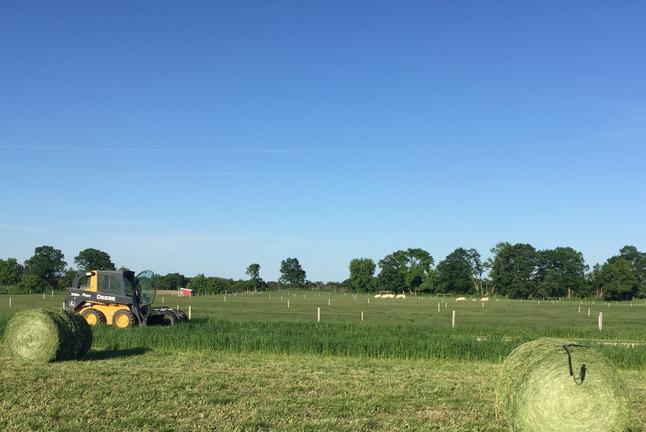 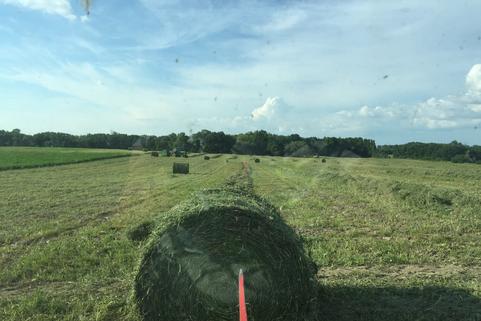 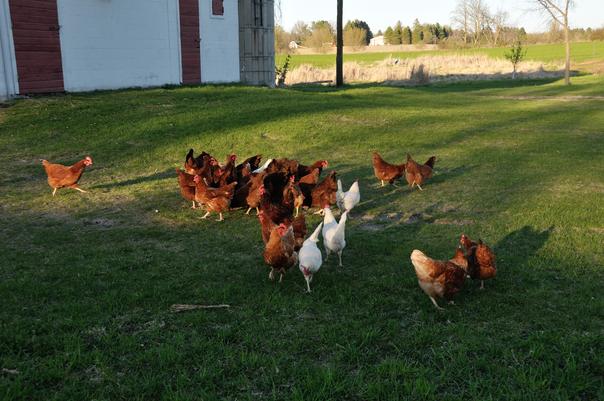 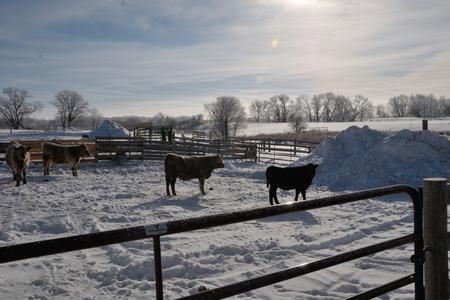 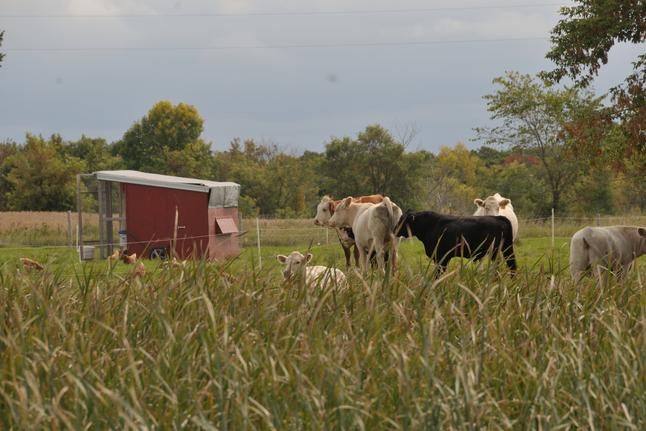 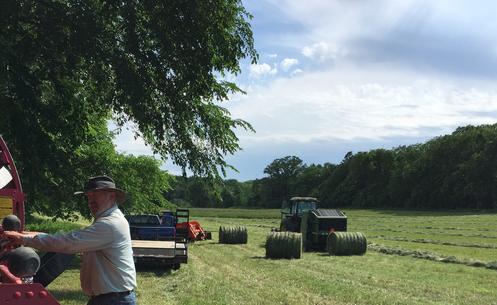 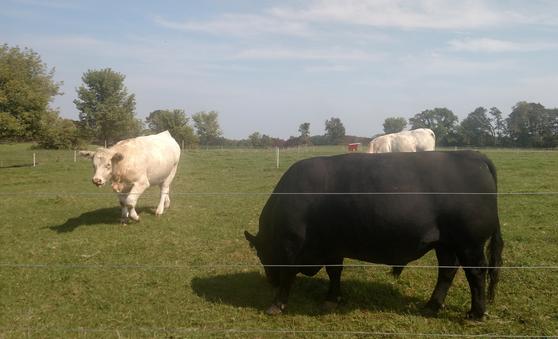 About the Rockin' h 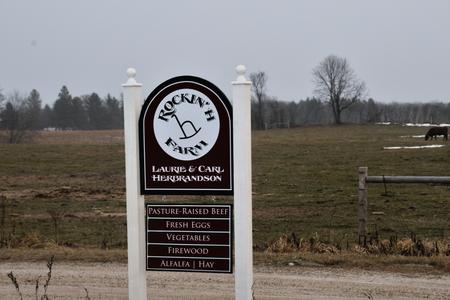 We started looking at farms in the early spring of 2010, and one of the first farms we looked at was the Rockin’ h. The farm (which had been called the Rockin’ R; had been farmed with horses until about 2004; and had at one time had a petting zoo) was totally overgrown, with 21 buildings – half in tear-down or collapsed condition. The location was perfect for us – being between, but not on, 2 large recreational lakes in west-central Minnesota. We purchased the Rockin’ h in the late spring of 2010, and began our new life.

Our goal has been to rebuild the Rockin’ h and to raise beef, eggs and vegetables using conservative, sustainable farming methods.

Getting the farm ready for crops and livestock has been a long, enjoyable, challenging and never-ending process. From 2010 through 2012 we were completely overwhelmed with reclaiming the farmyard and buildings from overgrown trees, brush, groundhogs, skunks and brambles. Chainsaws were daily tools, as we worked from early sunrise, late into the night every weekend or vacation – trying to make the property look like a farm again. We tore down or dismantled 9 buildings, had the old dairy barn straightened and re-roofed, and we had a new machine shed constructed. The Alexandria Fire Department conducted a practice burn of the old farmhouse (which had been ransacked). We contracted out the farmland to a local farmer.

In 2011 we began our never-ending battle with pocket gophers who had set up huge colonies in a couple of areas of our hay fields. In 2012 we began to take over haying and management of a small portion of the land – with spotty success. We hayed small square bales and large round bales on a portion of our land. We had 2 good cuttings (lost 1 to rain before we could get all of it off the field), but there was no rain in August and September, and as a result no third cutting.

By 2013 we had cleaned out most of the yard near buildings and we were able to start pulling old fences out and cleaning up property lines and ditches in the front fields. Clearing out brush and downed trees in the wind break around the yard has been never ending. For the first 4+ years pulling even small stumps was a chore. Every year we have had gigantic tree/brush piles, and every winter we burn the piles. There doesn’t seem to be any end in sight. (We tried to get a waste-to-energy company to come in and chip the wood and use it for fuel, but they prefer large commercial cuts, with a higher percentage of large trees and no root balls.)

In 2013 we started raising chickens and had a healthy test market for our fresh eggs in the Twin Cities. We’ve maintained a small but dedicated market among friends and ex-coworkers. Currently we have about 80 laying hens who produce about 5 dozen eggs daily.

By 2015 we acquired equipment needed to efficiently put up hay and we began planning and prepping for bringing cattle on to the farm. In the late summer and fall we began fenceline prep for the front pasture, and the corral area in the yard. Late fall 2015 we started fencing in earnest.

We purchased bred cows in late January 2016 and held them at our neighbor’s until April 16 when they moved into our corral area. Our first calf, a nice red angus male, was born in late February; our second was born in our corral on April 23 – with more right behind him. The front pasture fencing was finished in early May and another small pasture was fenced during the summer. Two additional pastures were fenced and waterers were installed in 2018.

We marketed our first 4 steers in 2017. We are raising calves on pasture and hay, and finishing them on forage (pasture/hay) supplemented with some grain – and, of course, no hormones or antibiotics (except if they are considered to be a necessary veterinary treatment). Cattle like grain, and the meat from cattle finished on a mixed forage and grain diet is very flavorful. Our cattle are all pasture-raised, and their diet is predominantly alfalfa/grass.

Check out our webpages for information on how to buy beef, eggs, hay and other produce from the Rockin’ h Farm!

We are only 20 minutes off I-94 in west-central Minnesota!